Tony Sarkis looks up as the other Tony walks into his hospital room.

The 9-year-old boy is lying in his bed in Tigger pajamas when Tony Adkins, a physician assistant at the Children’s Hospital of Orange County’s neurosurgery department approaches him.

Tony has recently undergone his third surgery for spina bifida, a birth defect in which the spinal cord doesn’t form properly. Tony’s mother, Laura, has been trying to get him to walk.

“Hey Tony, you ready to dance?” Adkins asks, pulling out his cellphone and looking for a tune. “What song should we play?”

They settle on Pharrell Williams’s “Happy.”

As the music starts to play, Tony slowly gets up with the support of a walker and joins Adkins, who dances at the foot of the bed.

Tony laughs. It’s the first time his mother has heard him laugh today, or maybe, in a few days.

“Hey Dr. Tony,” little Tony calls out after they are done with the dance and Adkins heads toward the door.

“You wanna see something?”

The boy walks four steps toward his mother and grins.

Laura Sarkis says nothing motivates her son like “dancing with Dr. Tony.”

“Dr. Tony is his medicine.”

They call him the “Dancing Doc.” Over the last month, Adkins’s dance videos with patients have gone viral on social media.

He gets stopped by people in Disneyland who recognize him and go: “Hey, you’re that doctor who dances.”

“I feel like a celebrity,” he said with a laugh.

Adkins says he started dancing for and with patients about a year ago when he saw it was the only way to make his young patients “feel like kids again.”

Now he gets requests from parents and kids.

“They ask us for the Dancing Doc,” said Trisha Stockton, a neuroscience unit nurse. “Tony lightens up every room he walks into. A kid that hasn’t smiled in days, smiles.”

Stockton likened Adkins to Patch Adams, the physician who traveled around the world as a clown to bring humor to those who were suffering.

“What Tony is dealing with every day is the saddest news,” she said. “He’s able to turn that around and make it into something so beautiful and positive.”

Adkins did that for 5-year-old Avery Rogers, who was at CHOC in January 2017 for brain surgery.

Avery had a condition called Chiari malformation, in which her brain tissue extended into her spinal canal. She lost her hearing at age 2 and didn’t get it back until after undergoing surgery at CHOC, her mother, Kelly Rogers, said.

“It was the happiest day of my life after the day she was born, when she could hear my voice again,” she said.

During her many hospital visits, Avery would dress up as a ballerina, Rogers said. She wanted to dance as soon as she was able to walk, but never could because she would get dizzy or suffer from seizures, she said.

So, whenever she came in for a doctor’s visit, an MRI or even for surgery, she was dressed as a ballerina.

“It helped her pretend she was in a different place,” her mother said.

During Avery’s visit in June, a little over a year after her surgery, Adkins did a little ballet dancing with her. He twirled her around.

“It was a beautiful moment for me as a mom,” Rogers said. “To see her twirl and not have a seizure or get nauseous.”

On Tuesday, Sept. 4, Avery had her very first dance lesson at a Brea studio — a hip-hop and jazz class.

Neurology patients often cannot move their hands or legs and they may be nonverbal, tethered to their beds or wearing braces.

“But, dancing with Tony gets their mind off their disease and the pain they’re experiencing at the time,” Muhonen said. “It’s like giving that patient a shot of morphine to relieve pain.”

“He’s taken it upon himself to make children smile.”

Adkins says dancing made him feel like a kid when he didn’t.

He grew up in South Los Angeles, raised by a single, working mother in a rough neighborhood. He witnessed violence on the streets, and saw friends and neighbors die young. Both his older brothers were in gangs.

“I just didn’t want that for myself,” he said. “I wanted to do better.”

As part of an effort to desegregate schools in California, Adkins was bused to more affluent schools in Malibu and Pacific Palisades. But, he said, he struggled to do well and became the class clown. He was placed in remedial classes.

After graduating from Culver City High School in 1994, Adkins joined the Army and trained at Fort Knox, Ky., and Fort Jackson, S.C. It was after he returned that Adkins thought about what he wanted to do with his life.

“I wanted to be a pediatrician because I always loved being around kids,” he said. So, he started taking chemistry, biology and math classes.

He graduated from UC Riverside with a bachelors degree in neurosciences and a masters from Loma Linda University in global health and epidemiology. He then got another masters degree from the University of Washington in health sciences, which allowed him to work as a physician assistant.

He likens the job of a physician assistant to that of a vice principal.

“I do everything a physician does,” he says. “I manage, diagnose, treat, assist in surgery. I give the doctor my thoughts on cases. This is a job where I’ve been able to put together my passion for medicine, kids, dance and music. I couldn’t ask for more.”

His positive persona has its roots all the way back in those days in South L.A., watching his mom struggle to raise three boys and seeing lives wither around him.

“I’ve seen the bottom and what it looks like,” he says, tearing up. “I’ve been there. So, I know every day is a blessing and a day to rejoice.”

Even as a kid, on his darkest days, Adkins says he could rely on music and dance to cheer him up.

“It gave me a way to cope,” Adkins said. “And now, I use the same thing that helped me to calm my patients.”

On a recent morning, Adkins’s dancing livens up 7-year-old Sophie Emmanuelli’s hospital room. The girl had been at CHOC for five days after having seizures.

They’re dancing to Justin Timberlake’s “Cant Stop the Feeling!” from the animated movie “Trolls.” Adkins is wearing his red bow tie and white coat, spruced up with a rose lapel pin.  “My flair,” as he calls it.

Sophie is jumping and moving as much as she can in her small room with Adkins as her dad records the performance on his cell phone.

“Can’t stop the feeling!” she yells out, twirling, her long red hair spinning around with her. 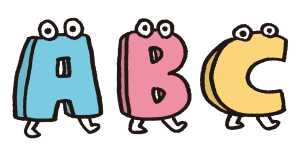